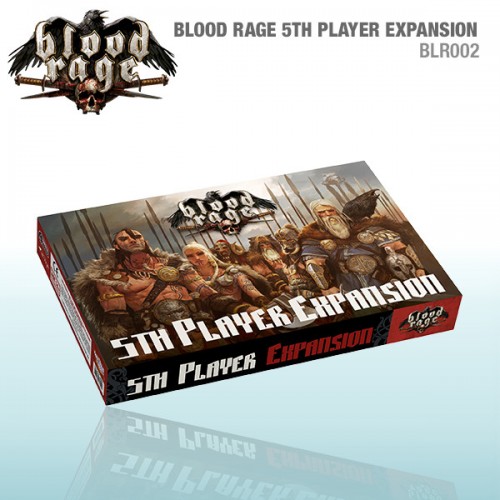 The Proud Ram clan is ready to make its stand in the world of Blood Rage! Hailing from a harsh mountainous region, these Vikings are a hardy folk that will never shy away from battle. Wielding their axes and hammers, they charge headlong into the fray!

The 5th Player Expansion includes everything you need to play Blood Rage with up to 5 players at once. This includes not only the brand new Ram clan, but also extra Gods' Gifts cards to add to your decks so there are enough cards for all players. The Ram clan can also be used to replace one of the core game clans when playing with less than 5 players.

This Expansion requires a Blood Rage Core Box to play.