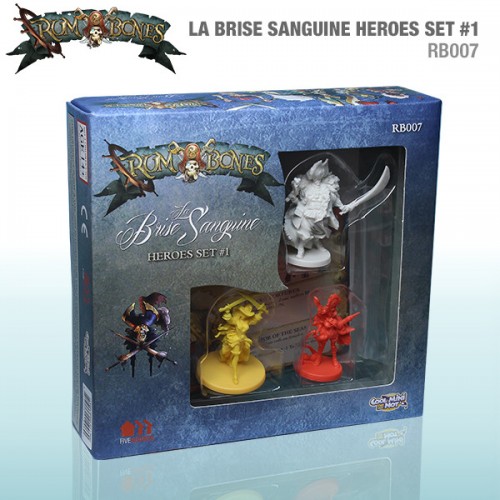 Rum & Bones is a board game of cutthroat swashbuckling pirate battles for 2 to 6 players, 14 years of age and up. This set is part of the Wellsport Brotherhood faction. A copy of the Rum & Bones Core Box and La Brise Sanguine Expansion are required to play.

Captain Francois l'Olonnais: A deposed baron fleeing the revolution in France, Francois l'Olonnais was one of the most hated noblemen of that country's most oppressive era. Captain l'Olonnais knows next to nothing about sailing, but he knows everything about expensive clothes, fancy weapons, and inflicting pain. What more does a captain need? He fled with enough wealth to buy ten ships, and has since pillaged enough for ten more. His reputation as a dreaded pirate has exceeded even his original infamy, helped by his rather disturbing predilection for heart flesh.

Mademoiselle Defarge - Quartermaster: A former revolutionary, Mlle. Defarge has acquired a talent for medicine. Though never formally trained, her practice combines (what she says) is the best combination of traditional methods, shamanism, and science. While her methods raise eyebrows, few can contest the results as crewmen seem to miraculously recover after only the briefest stay in her sick berth. Doubtlessly this has much to do with her collection of heads, and her tendency to measure the crews' skulls while they're sleeping. In action, Mlle. Defarge prefers the front line, the bloodier the better.

Vivienne, the Sea Fox - Swashbuckler: Vivienne has kept her real name a secret, although her elocution and classic fighting style tells of a noble upbringing. Anyone foolish enough to persist with 'impertinent questions' rapidly discovers just how deadly her blades can be. But most crews learn to keep their teeth shut and simply enjoy the show, for the Sea Fox's elegance and dashing flair makes her worth any twenty men in a boarding action. Known for her daring assaults and death-defying escapes, Vivienne's title is more than an affection. She's cunning, elusive, and deadly. Ashore or at sea, she's a crew favorite. 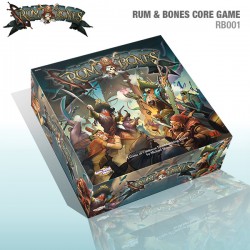 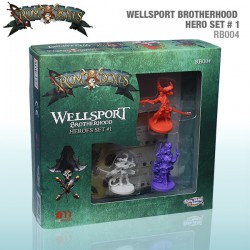 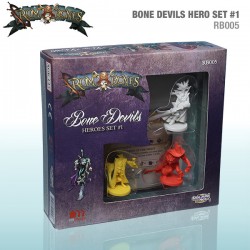 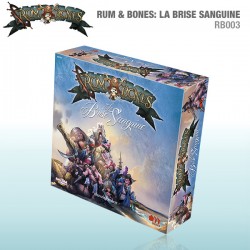