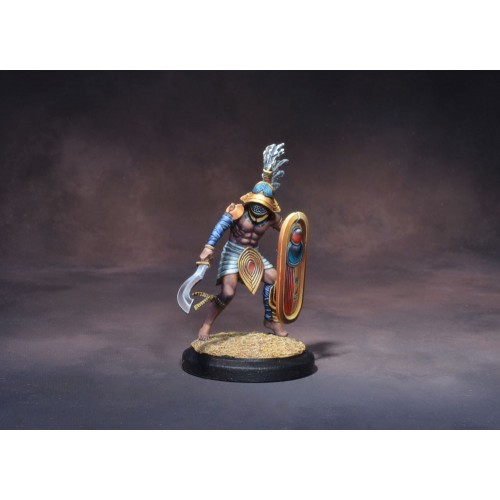 A scion of the Ptolemies of old, Khepros lived a youth of wealth and leisure. As he grew and pursued his studies, however, he developed a taste for the philosophy of his ancestors, and eventually joined a Pythagorean cult. Such blasphemy would go unremarked for most, but for one with ties to the royal family the consequences were grave.  Khepros has sworn an oath of silence to keep such philosophies from passing his lips, and toils upon the sands to redeem himself in the eyes of his family.

Khepros is a Morituri gladiator.