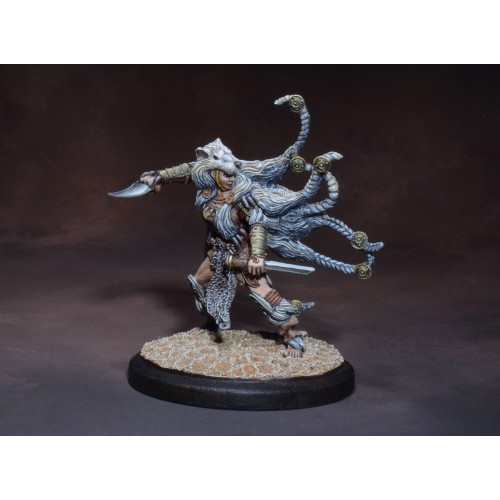 A huntress and trapper from the twilight north, Bjarrhvit made her way to Atlantis on the wings of rumors. Plentiful furs, a bounty of game, and untouched wilderness to lose herself in sounded like a paradise.The reality of warring tribes and greedy traders kept her in the wilds except for necessity, until one day she returned to trade on a local day of spectacle. The exotic beasts in the arena drew her in, and she switly became the premier handler and trapper for the Zephyri.