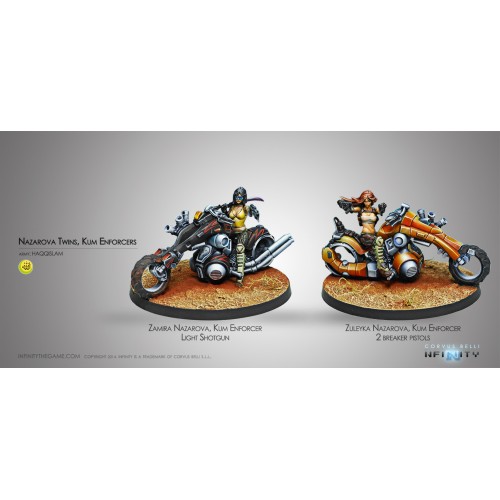 The Nazarova twins promise many good things, but pursuing them will get you in worse trouble than it's worth. They can make a man lose his head, literally! This pair of beautiful harpies, Zamira and Zuleyka, is ambition incarnate. They can tug anyone's strings for their own purposes, which is how they climbed the hierarchy of the Gabqar Kyrgyz mob in the first place: seducing powerful men and kicking ass along the way. Yes, they may not look it, but they are tough as nails. They had to be, if they wanted to make something of themselves. It's just what happens if you were raised in a series of biker bars.