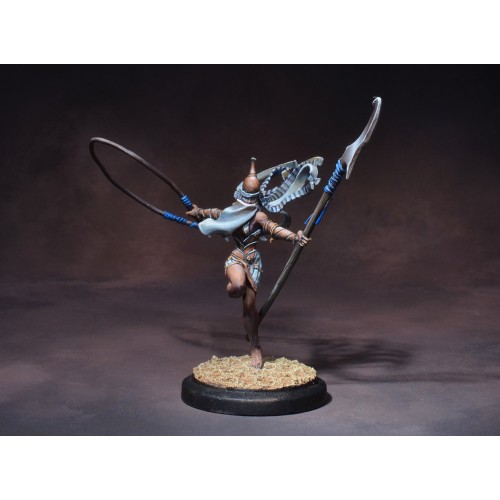 Zahra has proven herself no fool, though some would call her mad. This sandborn chose to break from the strictures of her tribe in the depth of the desert, and turn her rite of passage into a gamble for freedom and autonomy. Instead of returning with a mere scorpling after its first molt, she sought the most vicious and independent queen of the dunes, and guided it into the arena herself.

Zahra is a Morituri gladiator.